Bertie joins us for a very special concert in St Mary’s Church, Burnham Deepdale as part of Deepdale Festival 2022. 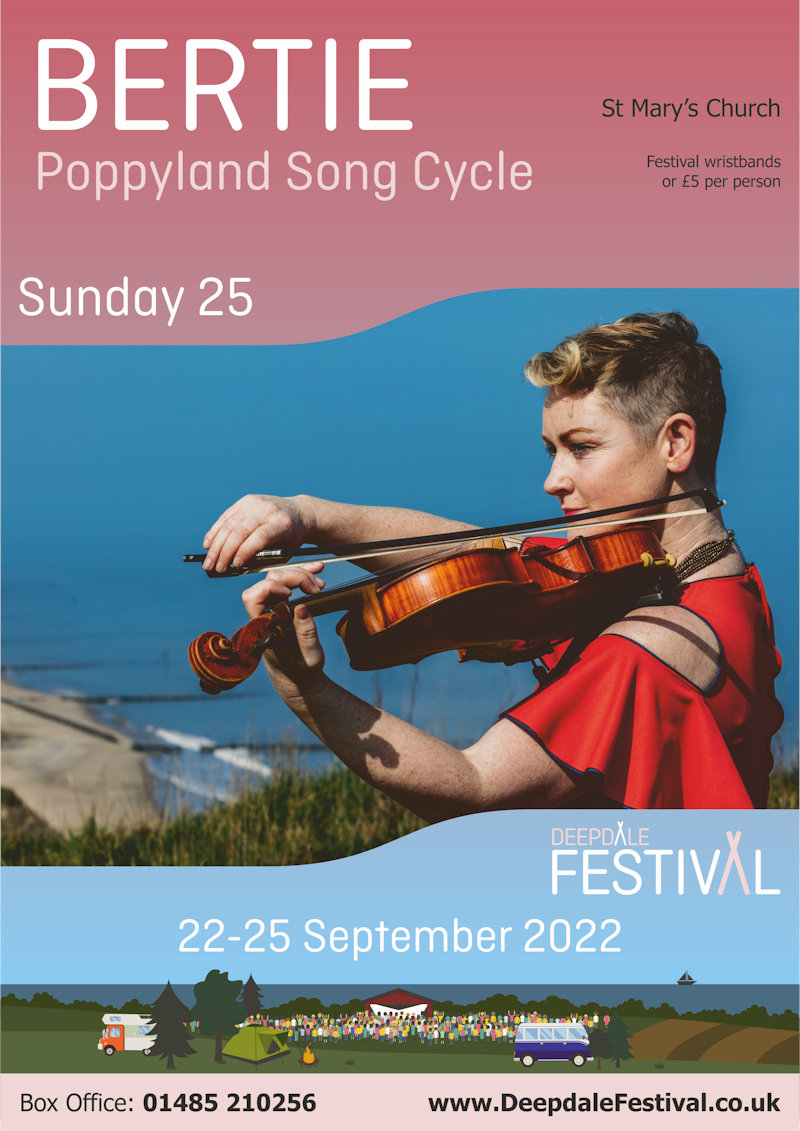 Bertie Anderson Haggart is an award winning musician, composer and lyricist born and bred in North Norfolk. For the past ten years her work has been with The BeauBowBelles, an alternative swing folk band and Bowjangles, the theatrical comedy string quartet with whom she has performed internationally in Portugal, China and New York as well as all around the UK including at Glastonbury Festival and Edinburgh Fringe where they won the Spirit of the Fringe award 2018 for 'Excalibow'. Bowjangles have also been featured on CBeebies 'Yolanda's Band Jam' and were nominated for Rural Touring Awards Best Practise 2019 and are currently touring their self penned comedy musical 'Dracula In Space' which Bertie composed the score for.

We are hugely excited about the line-up for Deepdale Festival 2022, and we hope you are looking forward to the weekend as much as we already are!

This concert is a special gig in the beautiful surroundings of St Mary's Church, Burnham Deepdale. More information about the church can be found on their website: www.burnhamdeepdale.co.uk/stmarys/

Price: Festival ticket (see festival website) or £5 at the door in aid of St Mary's Church